Published in El Cronista on September 17, 2019
A leading company in cleaning and maintenance services decided to take inclusive actions, such as promoting jobs for unemployed beneficiaries of welfare plans, and launched a campaign that included 500 job interviews. Many people did not take part fearing that they would lose their welfare plans and that jobs were not for sure.

Out of 500 interviews just a 6% signed in, meaning that only 30 people engaged in the selection process and initial training sessions, and entered the labor market. The rest abandoned the selection and hiring process without giving any reason.

Poverty and indigence in Argentina has completely soared, more than anything else, tied to social organizations that are basically demanding opportunities and jobs but in reality what they want is a rise in their welfare plans, i.e. subsidies from the State.

Note that under Macri administration social organizations are handled by a highly complex ministry run by Carolina Stanley, who has been assigned a significant portion of the national budget, and the ministry that should focus on job promotion and protection, employability for the unemployed and excluded sectors, has been demoted to a secretariat dependent on the Ministry of Production and Employment. Furthermore, picket lines have a say in decision-making and are part of the social, political reality that will have to be managed by the next government.

Today there are more than 8.5 million subsidies, far exceeding the number of people registered under regular employment, around 6 million. In any case, some 12-14 million economically active people must support around 20 million people who live on subsidies, retirement, pension and similar benefits. More than 40% of those who receive welfare plans do some work off the books, usually low-qualified jobs, such as domestic service, urban recyclers, service auxiliaries, gardeners and even caddies.

It is worth mentioning that core countries do offer welfare plans but they are tied to education and training with job opportunities, systematically promoting employability. Today in the US there are 50 million beneficiaries, including the unemployed, addicts, veterans and excluded or marginalized ethnic groups. However, these countries have dynamic economies that are constantly innovating and growing.

In Argentina, picket lines and social groups mean the refusal of work, because they lack opportunities or because they have developed from some unscrupulous maneuvers, manipulated by social or political leaders in a context of a vicious circle that has become a blind alley over the years.

A powerful group, like picket lines, is a group of people or private entities usually sharing a common interest, having power and social influence in certain sectors of society.

They use their potential to force the State to take decisions in their favor; however, the State may decide without consulting with them but considering how its decisions may have impact on them.

Occasionally these groups get their power from a significant concentration of force, capital, number of supporters, knowledge and information, and sometimes notoriety or institutional prestige. Powerful groups may stay hidden even though there are exceptions. So far, powerful groups include religious congregations, supranational organizations, corporations, unions, sects, and so forth.

In recent years this list has come to include drug cartels, social movements, professional associations and NGOs.

In Argentina, welfare plans used to be collected by and large by the interested parties but now it is said that they are mostly administered by leaders who use them to organize demonstrations and often manipulate them, taking decisions in their name about the measures or actions they should take, like camping out on the street, and sometimes mounting campaigns to get benefits from companies, supermarkets, and producers of basic items of the market basket.

In such a scenario what happened to the culture of work and work ethic? The culture we largely inherited from our ancestors, whether creole or immigrant, whereby every sacrifice has a fruitful reward.

At some point in time this premise was replaced by today’s status quo without any spirit of self-improvement, which is fed back by unmet needs, exclusion, and inequality, and subject to the rules of those who do not taken any specific action to build bridges towards decent employment. This is a model with no future.

The culture of work ethic, perseverance and resolve, in addition to knowledge about new technologies in a context of growth is the scenario that will shape our future where poverty can be defeated with progressively greater income so that people can overcome exclusion and climb up the social ladder to reach middle class. 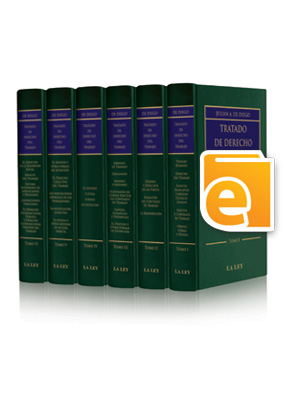